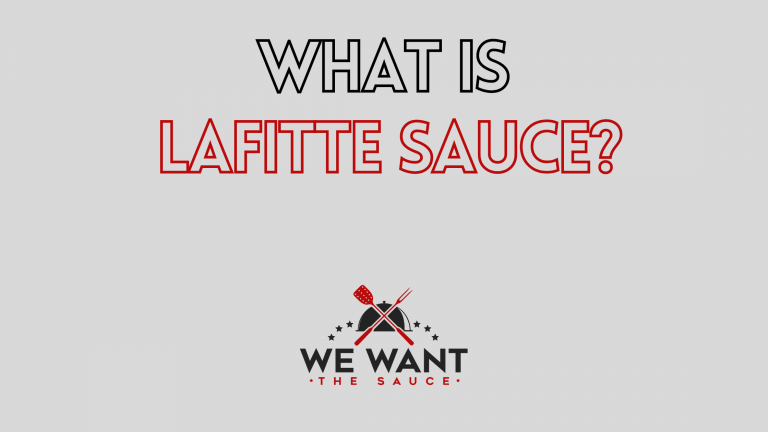 Stumbled across Lafitte sauce and are not sure of what it is or what it tastes like? Perhaps you’ve seen a recipe that calls for it and are keen to learn more before you proceed? Well, here is what you want to know.

So, what is Lafitte Sauce? Lafitte sauce is a creamy seafood sauce that is often paired with catfish, shrimp, crab, or oysters. It is supposedly named after the “gentleman pirate” of New Orleans, Jean Lafitte.

And while there is not a lot of information out there about why his name is associated with this sauce; all you need to know is that it is immensely flavorsome.

We will now see why by looking at the ingredients it is made from!

What Is Lafitte Sauce Made Of?

Lafitte sauce is typically made of white wine, heavy cream, butter, lemon juice, garlic along with a range of herbs and spices.

Although, this is one of those sauces that does tend to have a different ingredient list depending on where you look, or what recipe you follow.

Sometimes you will also see eggs included too, other times you may see whipping cream.

Equally, this sauce is often paired with various different seafood.

Either way, as you can imagine this is a creamy, decadent sauce.

Let us now look at a popular yet simple recipe to get a better idea.

How To Make Lafitte Sauce

This simple Lafitte sauce recipe uses minimal ingredients, and the seafood of choice is Crabmeat. Although, there are more complex recipes you can follow if you so wish. Equally, the crabmeat can simply be replaced or substituted by shrimp.

Step One: In a saucepan, add the white wine, lemon juice, and minced (diced garlic)

Step Two: On low heat, let the sauce reduce by half

Step Four: Let the sauce come to a boil.

Step Five: Add your crabmeat and butter, and still until your sauce has thickened.

So give this recipe a try and see what you think.

You won’t be disappointed – I promise!