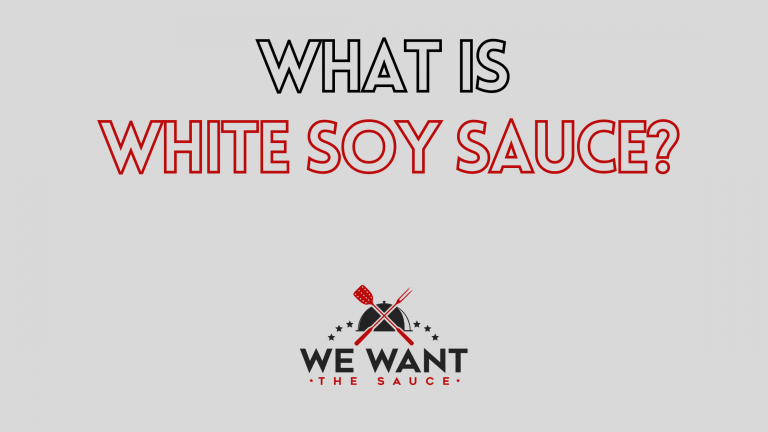 You’re undoubtedly familiar with black soy sauce. That rich, salty, and savory sauce with umami flavors. But what about white soy sauce? How is this different and what can you expect if you were to give it a try? Let’s find out!

So, what is white soy sauce? White soy sauce, also known as Shiro, is a pale-colored Japanese condiment. It is light, slightly sweet, salty, and savory in flavor – like regular soy sauce, but much less potent and dominant. It is often used by cooks to add flavor without overpowering a dish or causing any discoloring.

While it still provides similar flavors, they are simply not as intense as what you would get and would expect from regular soy sauce.

So, whether or not it is right for you and your dish is going to come down to preferences and contexts.

Nevertheless, let us now see why white vs regular soy is actually different and how you can use it should you decide you want to.

The main difference between white soy sauce and regular soy sauce is what it is made from. It is higher in wheat to soy, which makes it lighter in color and more subtle in flavor.

While it still provides the signature umami flavor of soy, and in many ways tastes quite similar, it is much less dominating to the dish it is used in.

And this is achieved through essentially fewer soybeans.

By altering this balance, and including more wheat, you get a golden, lighter equivalent with a little extra sweetness.

And this is all due to the result of the fermentation process; when the starch in the wheat turns to sugar.

What Do You Use White Soy Sauce For?

You can use white soy sauce in any dish or recipe that calls for regular soy sauce, but where you may want some additional sweetness. It generally works very well in stir-fries, as a dipping sauce for sushi, and in fried-rice dishes.

The truth is, there are endless recipes out there you could use white soy sauce in.

But do expect a change.

It’s not going to be the same as if you were to use regular soy sauce.

You won’t get the same richness, nor will you have the same level of depth of flavor.

That being said, white soy sauce is ideal for soups and sushi; where you don’t want to overpower the delicate flavors of fish/seafood.

What Can I Substitute For White Soy Sauce?

There are no direct substitutes for white soy sauce, although fish sauce and coconut aminos are considered the next best thing.

Both of which provide similar flavors of umami, saltiness, and in the case of coconut aminos, sweetness.

However, do consider that these sauces are dark in color and can alter the coloring of your food a little – something white soy sauce does not.

While white soy sauce should not be used instead of regular soy sauce, it’s definitely a nice change and can be used in creative ways.

Besides, it can add flavor without taking over; a feat that regular soy achieves all too easily.

And if you want those subtle notes of umami without the drastic color change; white soy sauce could be for you.